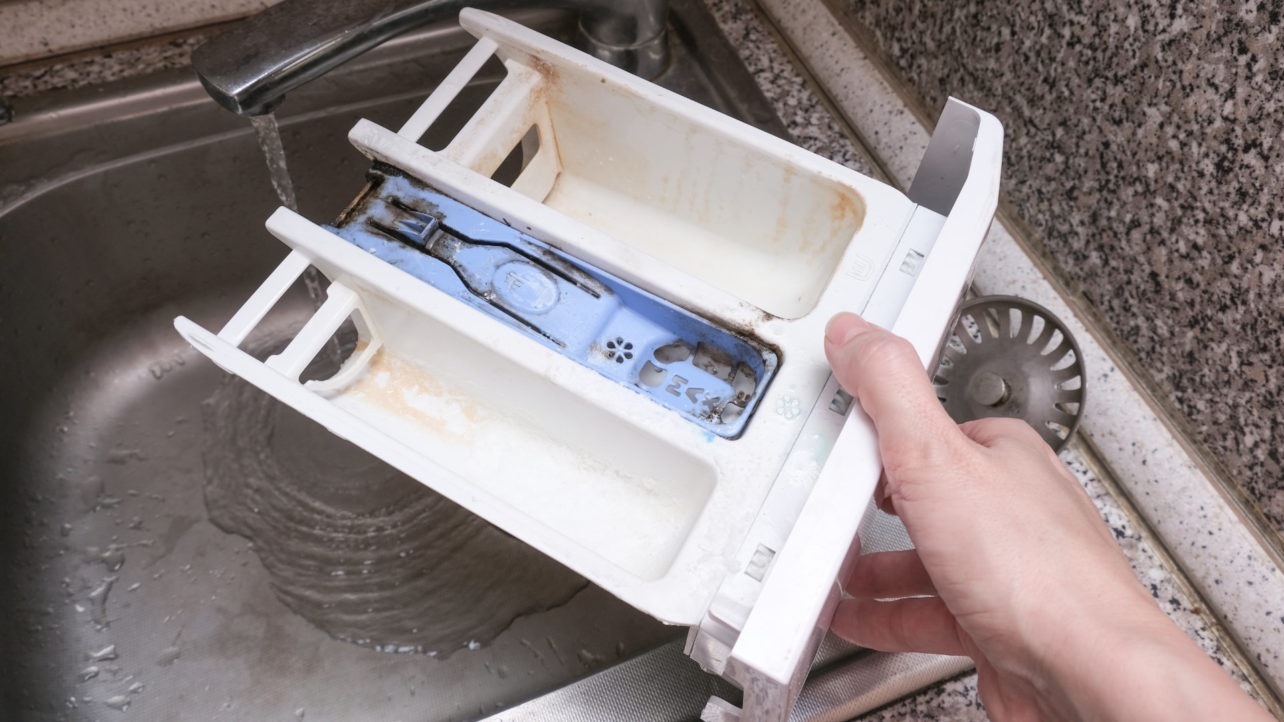 The detergent dispenser can be detached by pulling it out and depressing the locking tabs. Once done, you may wish to give it a long soak in hot water, but this may not mean your troubles are over. If the clog happened near, but not in, the dispenser, then it will still prevent the detergent from releasing.

To prevent this from happening again, you will want to engage in regular cleaning and make sure you are using proper products. One common example is washers that are set up for liquid detergent only. If you use powdered detergent in it, you will find the dispenser is clogged much more often as it struggles to make due.