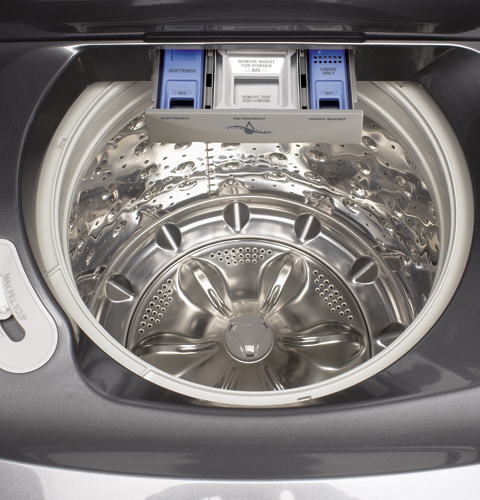 AtoZ
August 13, 2018
Washer Repair
It is never convenient when an appliance breaks down, especially one as essential as your washing machine. However, it is important to proceed with the proper actions when one has been recalled. GE Appliances has recalled three models of its top-loading clothes washers due to a fire hazard. Here is what you need to know to stay safe and have a properly functioning washing machine again.

Three GE Profile High-Efficiency top-loading washers were recalled on September 15, 2016. The model numbers are WPGT9350, WPGT9360, and WPGT9150. You can locate the model number on the rear cover of the backsplash. They come in black, white, and gold. The affected models could be purchased at Best Buy, Lowe’s, Sears, The Home Depot, and other stores nationwide between June 2003 through October 2011. Cost ran between $900 and $1400.

The washers have been recalled because of internal components which have either burned or caught fire. Three fires have been reported as a result, with significant damages. However, no injuries have been associated.
These recalls follow two other washer recalls for GE in preceding years; one in 2010 for fire and shock hazards, and another in 2012 for injury hazard.

Due to the risk of fire, further usage would be dangerous and could have severe consequences. Immediately cease using the machine and unplug it from the wall. If you are unsure if your washer is affected by the recall, play it safe and unplug the unit until you can be certain. (Remember to check on the back above the water valve connections for the model number.) You can contact GE for a repair by calling (877) 830-9732 or online at www.geappliances.com.
A to Z Appliance Service can also be reached to arrange a repair on your GE Profile High-Efficiency Washer.
Sharing