How to Safely Replace a Convection Fan Motor 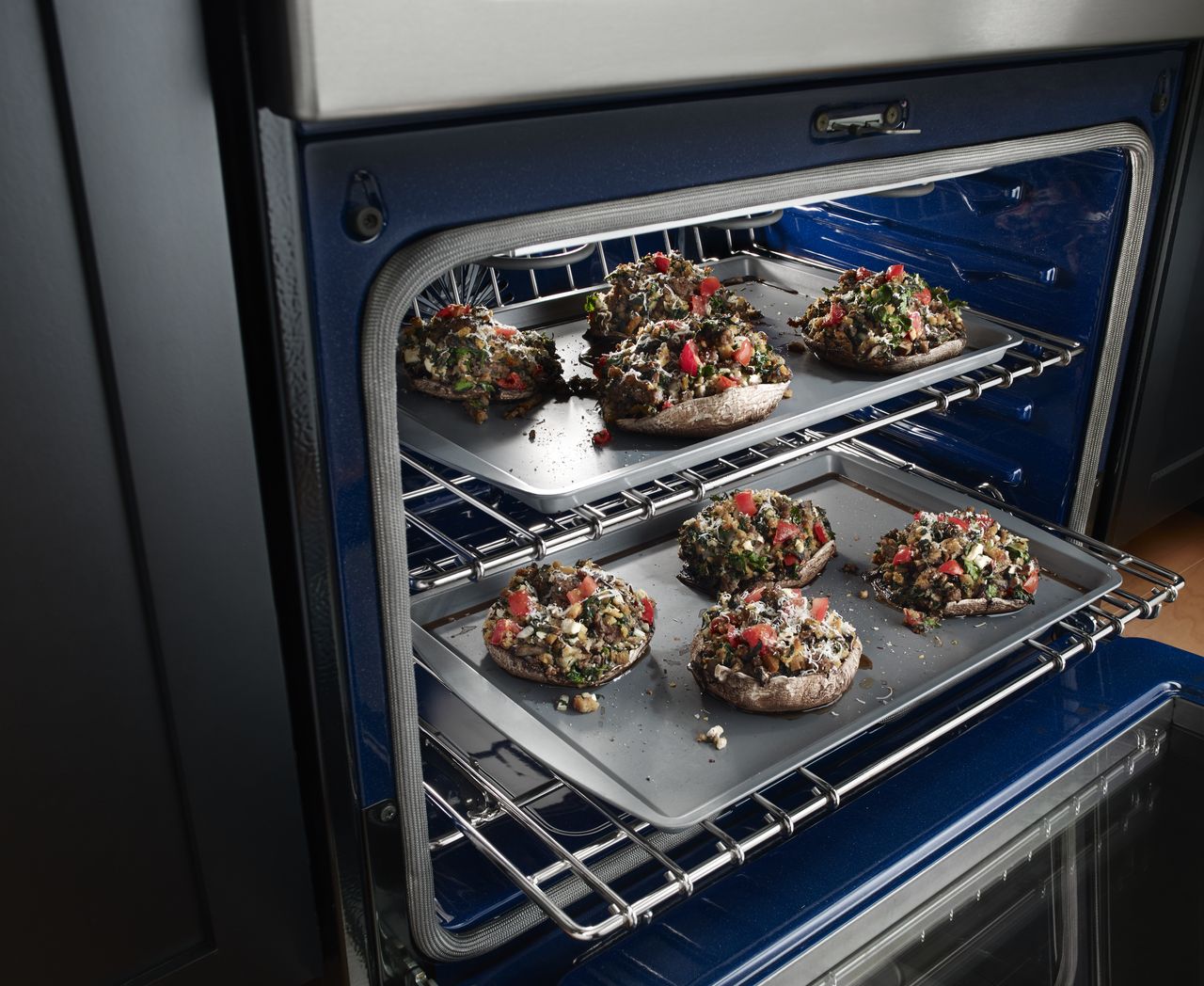 Replacing a convection fan motor is somewhat basic for most oven repair. This tutorial, however, pertains specifically to the KitchenAid Double Oven Electric Range, model #KFED500ESSOR.  Before we examine how to remove and replace the convection fan motor, we should discuss a few dynamics of the convection oven style of cooking that you may or may not know.

What is a Convection Oven

The convection oven differs from the conventional oven in that it includes a fan, and in many models, an extra heating element, whose primary purpose is to evenly disperse heat throughout the oven.

The conventional oven, as you know, because we’ve all been using them for years, usually has two heating elements to heat up the oven berth. One element is located on the top, with the other element positioned on the bottom.

The convection oven with its fan and extra heating element maintains a more even temperature throughout the cooking process. Because heat is distributed more evenly, food cooks faster at lower temperatures.

The advantages of cooking food with a convection oven far outweigh any disadvantages you may encounter.

Advantages of Cooking With a Convection Oven

Disadvantages of Cooking With a Convection Oven

The following foods should not be cooked in a convection oven:

Any baked food that begins as a batter should not be cooked using the convection oven. There is a risk that the fan will blow the batter around and cause your batter-based desert to cook lopsided. Cookies cook up great, however, and you can shove as many pans as you have racks to accommodate them.

Pro Tip: Don’t overcrowd the oven interior when using the convection mode of cooking. If you have three or four racks in your oven, by all means use all of them. But don’t try to cook so many items that prevent good air flow. You’ll be defeating the purpose of the convection oven.

How to Replace the Convection Fan Motor

If the reason your oven is not working is because of a malfunctioning convection fan motor, then read the following for detailed instructions on how to replace one.

If you would normally bake roast beef at 350 degrees, now you can bake it at 325 degrees. If that same roast would normally take 60 minutes to cook, reduce it by 25% and cook it for 45 minutes.

Reach out to us if you need assistance with this or any other appliance repair.

What Could Be Wrong When a Dishwasher Only Fills