How to Replace Your Kenmore Dishwasher’s Door Latch Strike WP8580309 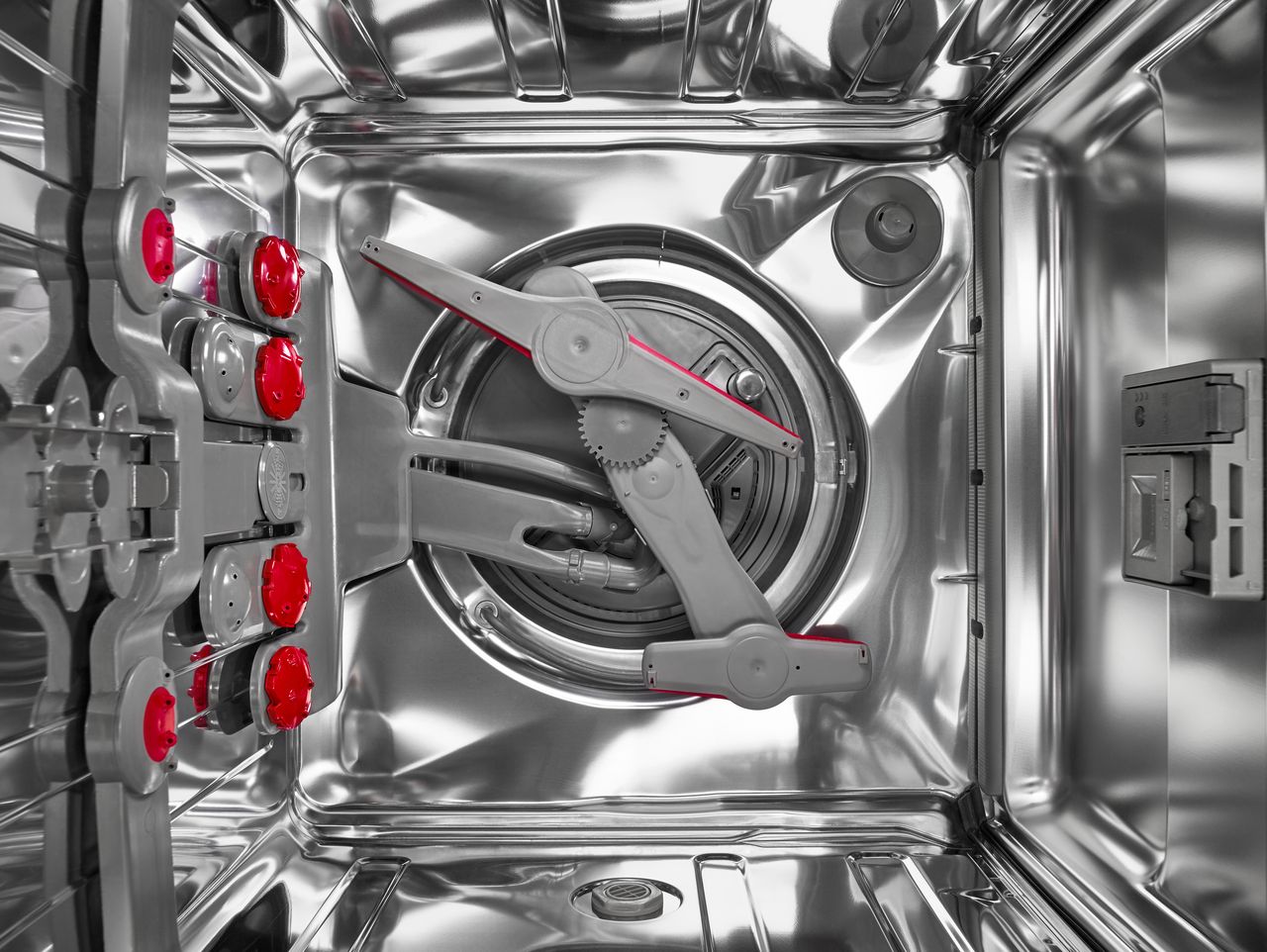 During the course of this repair, you’re going to be using a flathead screwdriver to depress a tab in a cavity that you can’t see. While no electrical components are nearby, you should never disassemble a machine when it is both plugged in and you can see every aspect of what you’re moving. Unplug the dishwasher or flip its circuit breaker before you get started.

Open your dishwasher door. The door latch strike is at the top of the frame of the machine. The latch is attached to a central strip of metal, and there are two long tabs on either side of it. These tabs also have small cutouts that fit into a groove near the front of the frame.
You need to pinch these tabs closer to the central strip in order to pull it free from the machine. Use a flathead screwdriver to pinch the metal together. Then remove the old latch and set it aside.

Slide the new door latch strike into the cavity with the latch hole oriented to the front. The part should simply snap into place against the grooves by the front. Once you hear the snaps, firmly wiggle the part to make sure it doesn’t move. Then shut the door and plug the dishwasher back in.
Regularly repairing and maintaining your major appliances makes them last longer. Go to A to Z Appliance Repair to find instructions for the repairs you want to handle and trained technicians for the jobs you don’t.
Sharing